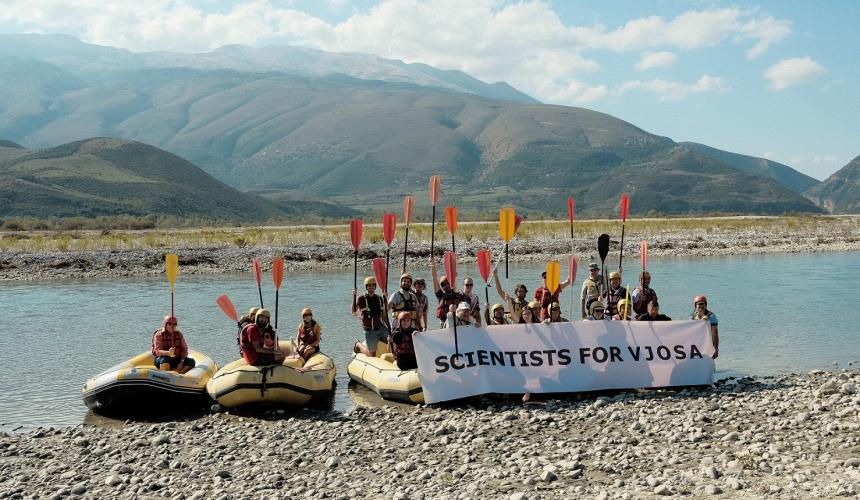 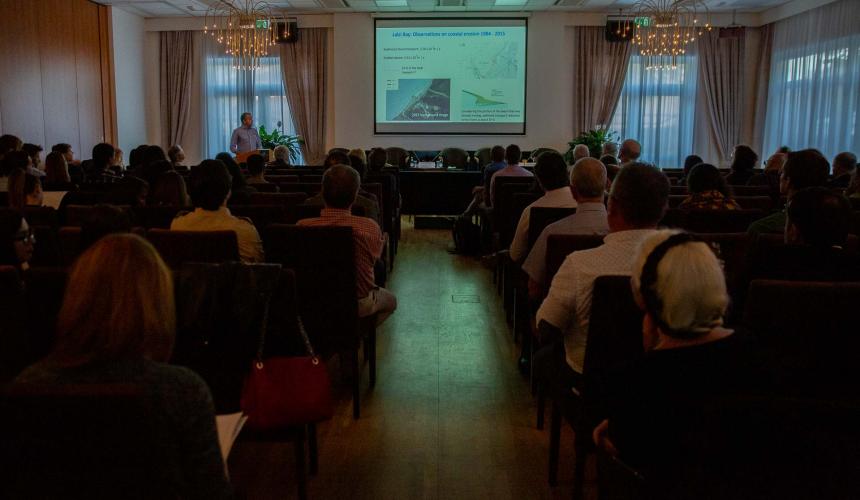 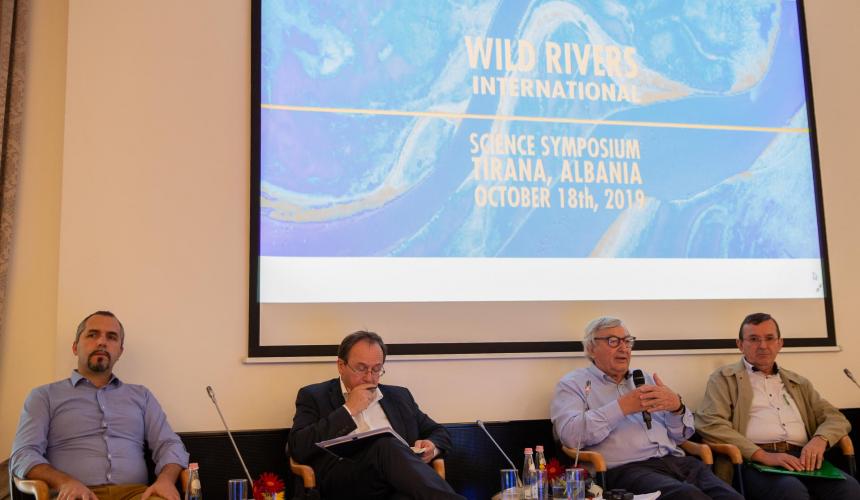 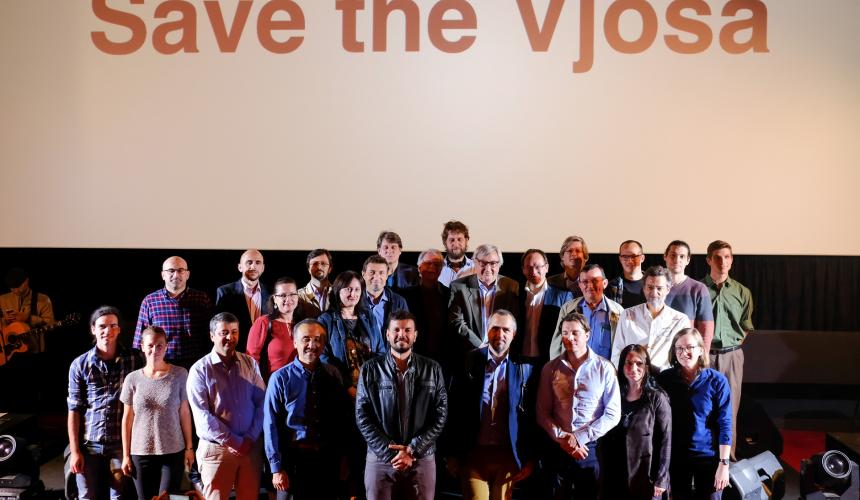 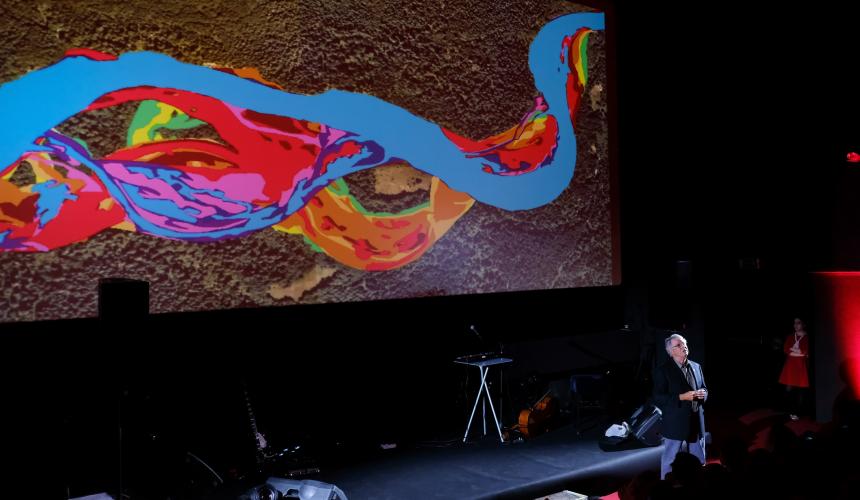 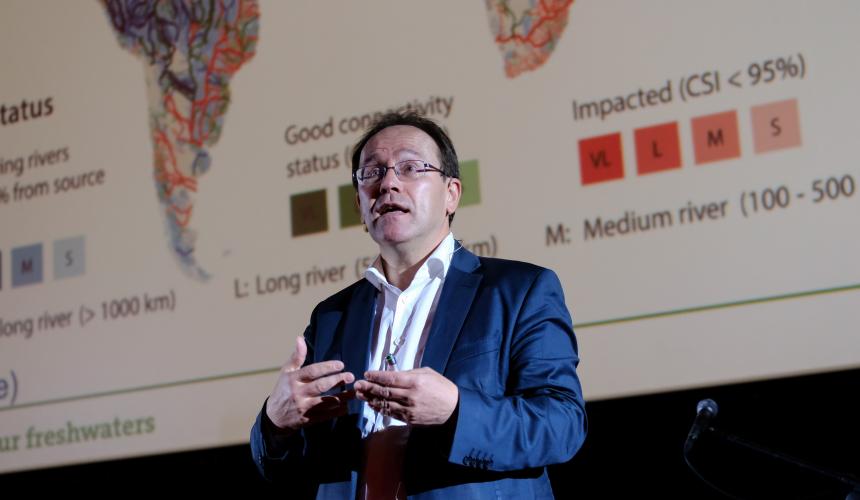 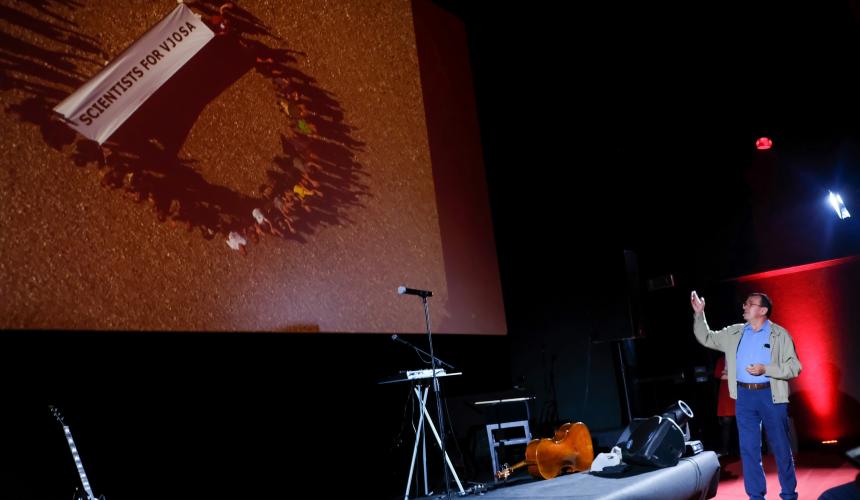 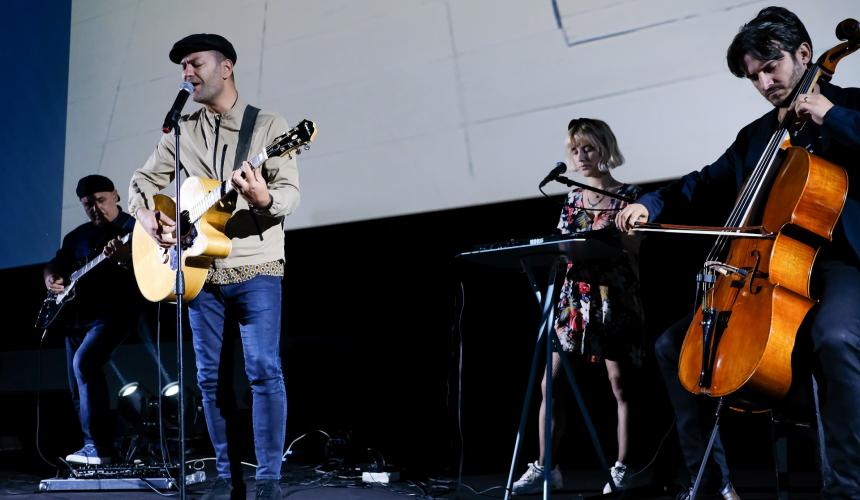 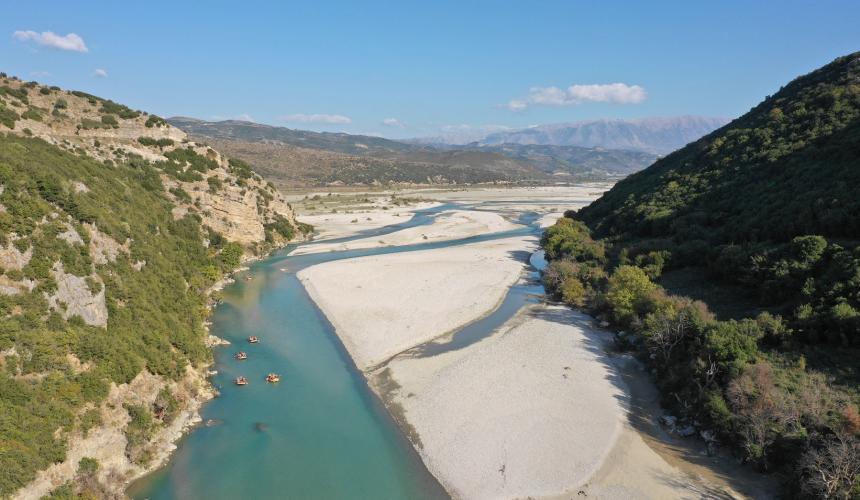 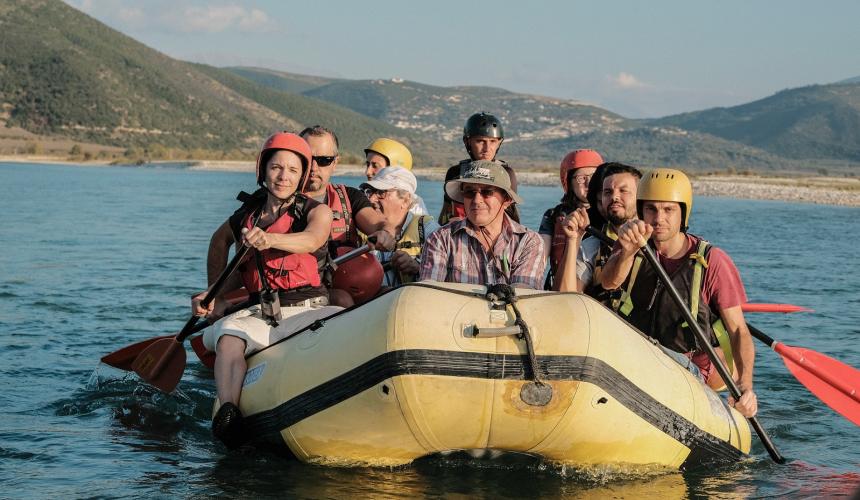 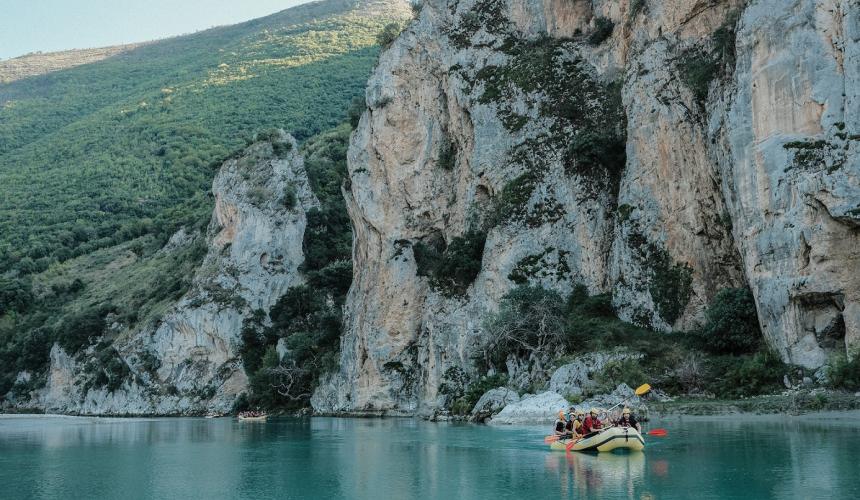 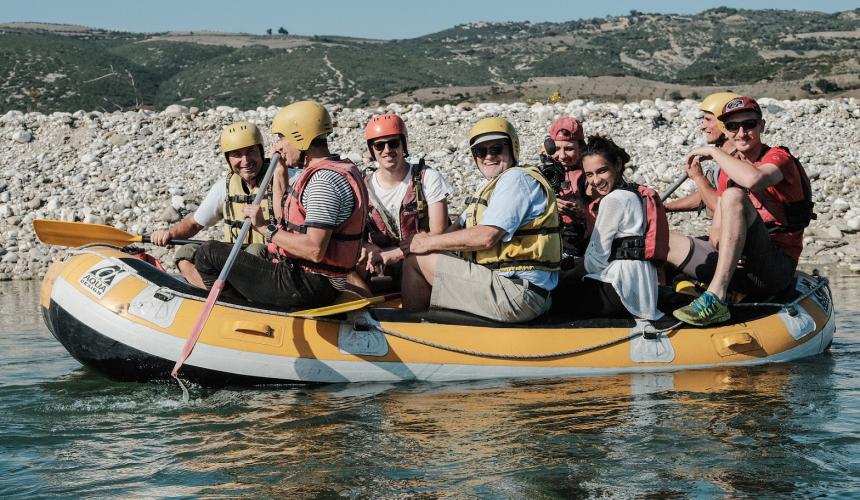 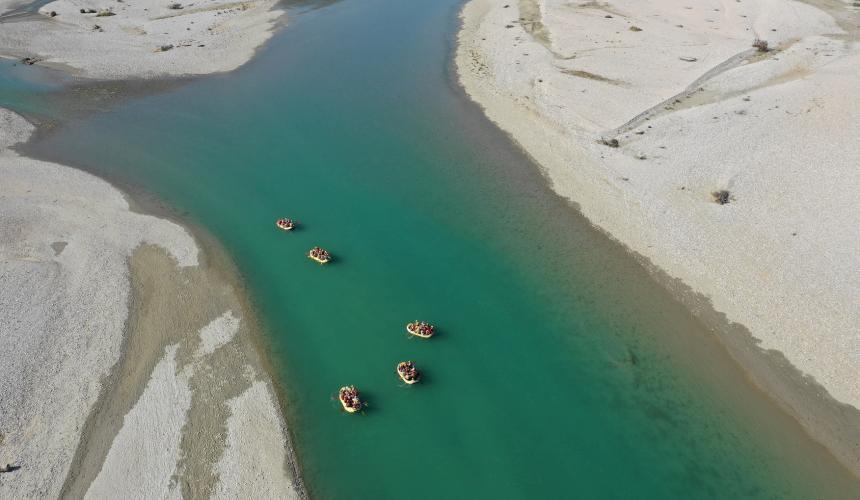 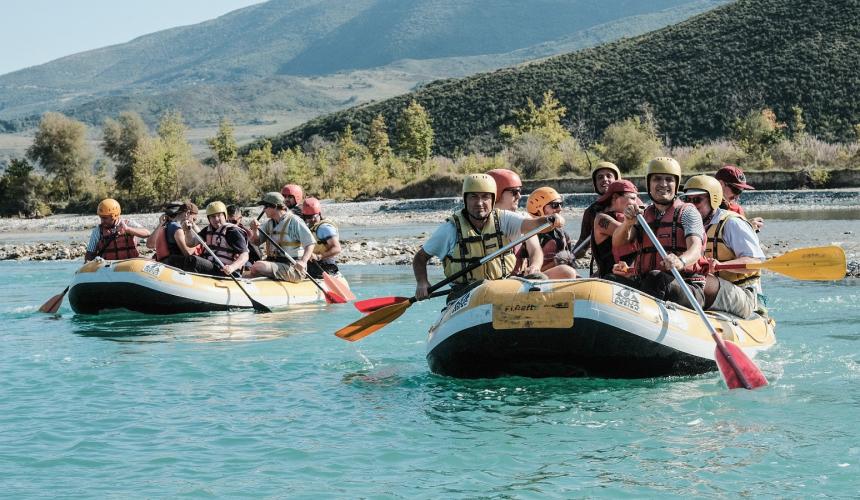 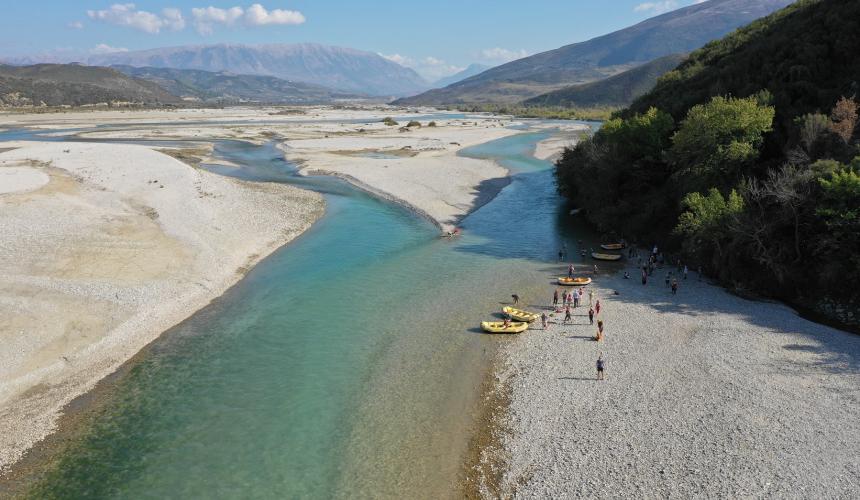 On October 18th and 19th, Albania became a hotspot of freshwater science. Renowned scientists from USA, Japan and many European countries participated in the Wild Rivers Science Symposium and the Wild Rivers Night on October 18th in Tirana. They spent the following day on boats paddling Europe`s last big intact river – the Vjosa. Two days that connected scientists and strengthen their efforts to save the last free flowing rivers.

The International Wild Rivers Science Symposium was hosted by the University of Tirana in cooperation with the University of Vienna. About 120 scientists from all over the world discussed the critical condition of rivers worldwide and the need to protect the last intact river systems. A special focus was given to rivers in the Balkans and the Vjosa river in Albania in particular. In a declaration, the participating scientists call upon European Institutions, political leaders in South-East Europe and the Albanian Government specifically to protect the remaining intact rivers in Europe.

The symposium was followed by a special event in the largest cinema of Tirana, the Wild Rivers Night. Selected talks by renowned scientists such as Prof. Robert J. Naiman, Prof. Klement Tockner and Prof. Aleko Miho took the audience on a journey through the world of rivers, explaining their value and the threats they are facing. Live music performed by Asgjë Sikur Dielli provided a nice atmosphere.

On October 19th, many of the scientists visited the Vjosa and spent five hours enjoying this intact river and picturesque landscape on paddle rafts. An event they will not forget.

The science events strengthened ties between international and Albanian freshwater scientists and put a spotlight on the Vjosa as a river system that – as all scientists agree - needs to be protected at all costs.