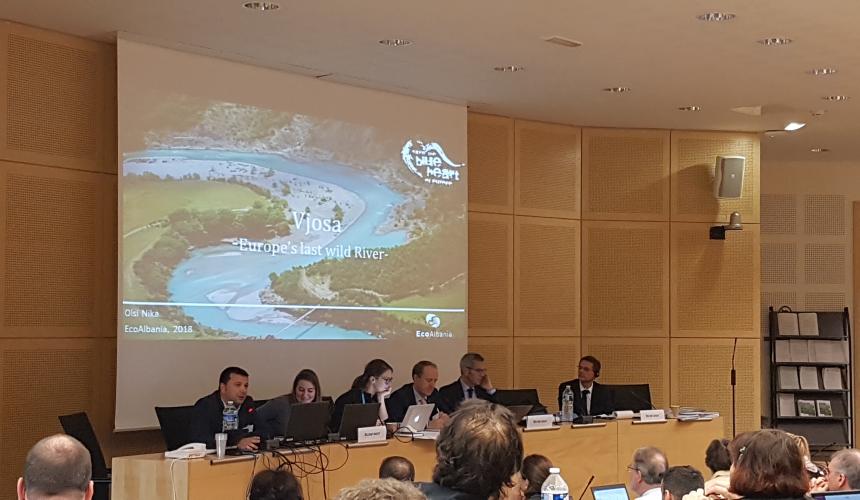 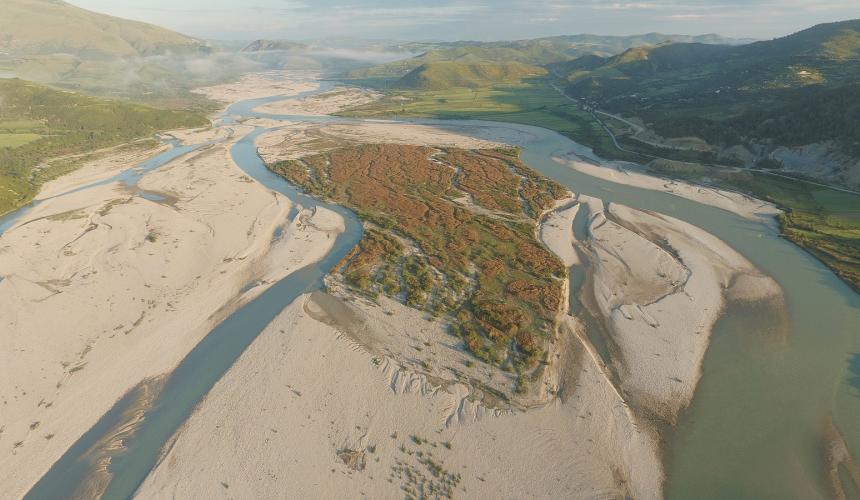 ++ Hydropower plant projects Poçem and Kalivaç to be suspended immediately. ++ Standing Committee to the Bern Convention recognizes imminent danger to unique ecosystem. ++ Success for nature conservation NGOs in their struggle to save one of Europe’s last free flowing rivers. ++

Strasbourg, Radolfzell, Vienna - December 3, 2018 - The Bern Convention decided to open a case-file and called on the Albanian government to halt the hydropower plant projects on the Vjosa River. Instead, the government should prepare appropriate strategic environmental impact assessments and additional studies to evaluate the environmental impacts of the projected hydropower plants. The Vjosa is one of the very last unspoilt rivers of Europe. As part of the campaign “Save the Blue Heart of Europe”, environmental NGOs EuroNatur (Germany), Riverwatch (Austria) and EcoAlbania fight to protect the Vjosa.

The Bern Convention is among the most important nature conservation agreements in Europe. Accordingly, the decision is a moment of joy for EcoAlbania, who had filed the complaint. “The Vjosa river network is really unique and of pan-European value. Now we and the representatives of the Bern Convention have to keep a very close eye on what steps the Albanian government will take to implement the twelve recommendations adopted by the Standing Committee”, says EcoAlbania CEO Olsi Nika.

“The official decision to open a case-file further increases the pressure on the Government of Albania to take appropriate action. We will take advantage of this ground-breaking decision to step up our efforts to save the entire Vjosa from destruction by hydropower development”, says Theresa Schiller, project leader at EuroNatur.

The Bern Convention also gives credit to the nature conservation organisations’ efforts to collect data about the Vjosa ecosystem, thereby proving its outstanding value. “A wild-flowing river of this size, probably the last one in Europe, with such unique ecosystems and rich biodiversity should benefit from greater protection”, the Bern Convention Secretariat explained. “The positive attitude of the authorities towards the Bern Convention Recommendation is very welcomed and we hope to see quick progress on its implementation, which will be closely monitored.”

Background information:
The campaign “Save the Blue Heart of Europe” aims to protect the most valuable rivers in the Balkans from a dam tsunami of about 2,800 dam projects. The campaign is coordinated by the NGOs Riverwatch and EuroNatur and carried out together with local partner organisations in the Balkan countries. The most recent publication is the Eco-Masterplan. 80,000 kilometres of rivers between Slovenia and Greece have been scientifically assessed in order to identify no-go areas for hydropower development.