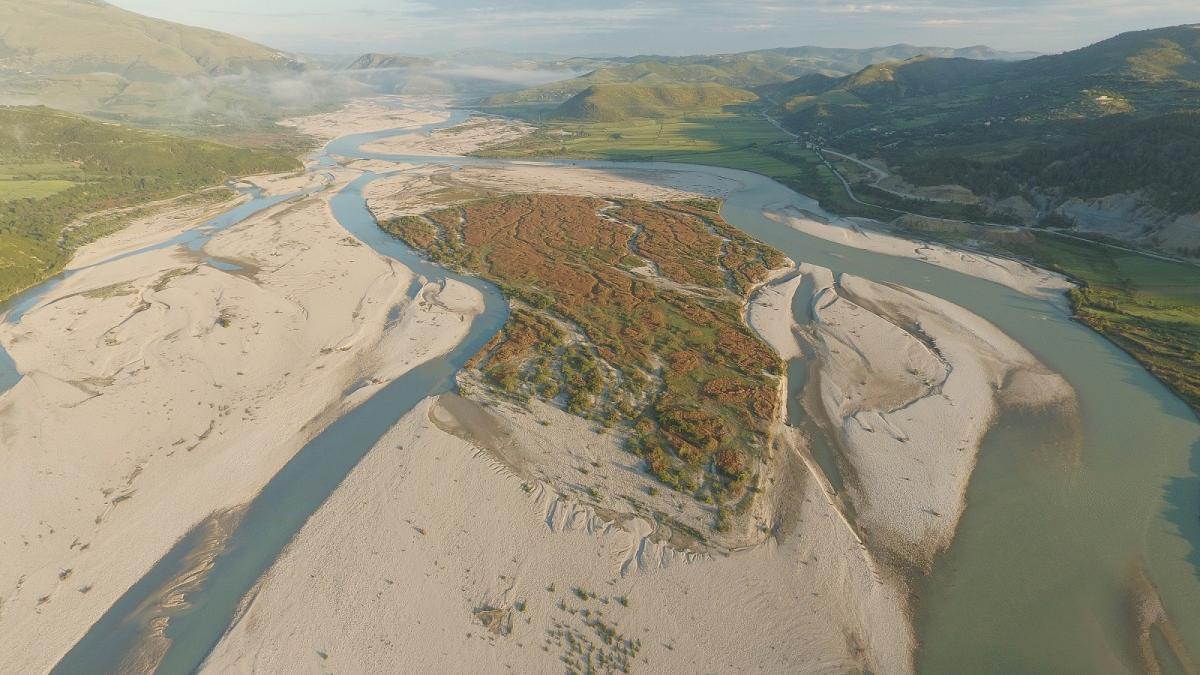 Tirana, Vienna, Radolfzell, September 22, 2016. Just in time for the World Rivers Day on September 25, the last big wild river of Europe – the Vjosa in Albania – receives prominent support from all over the world. In a joint memorandum, 228 scientists from 33 countries call upon the Albanian Prime Minister Edi Rama to protect the Vjosa and refrain from the construction of hydropower plants, at least in the coming three years. During that time period, a proper Environmental Impact Assessment (EIA) is to be carried out on the yet almost entirely unexplored river. Just recently, the Albanian government has commissioned a Turkish company with the construction of a first hydropower plant (Poçem). The licence, however, is still pending, just as the evidence for environmental compatibility (EIA).

Among the signees is the crème de la crème of international river scientists, such as Prof. Robert Naiman from the University of Wahsington (USA), who also holds the UNESCO Chair in Sustainable Rivers; Prof. Geoff Petts from the University of Westminster (UK), or the German Prof. Michael Succow, Alternative Nobel Prize laureate (Right Livelihood Award).

“This prominent support reflects the global significance of the Vjosa and the importance of responsible policies that do justice to the outstanding value of this river. An adequate EIA is required in order to reliably estimate the impact of the hydropower project Poçem”, says Prof. Friedrich Schiemer from the University of Vienna. Hence, the 228 scientists direct the following demands to Albanian Prime Minister Edi Rama:

The Vjosa is the last big wild river in Europe outside Russia. On a course of 270 kilometers in Albania, she flows freely without any artificial obstacles. Scientifically, the river is largely unexplored. For instance, occurrences of breeding birds on the huge river islands are yet to be investigated. Nevertheless, the Albanian government has recently decided the construction of the hydropower plants “Poçem” featuring a 25 meter tall dam wall.

With the Memorandum, the global science community supports their Albanian colleagues who also stand united against the imminent destruction of the Vjosa. “Environmental assessments in this country are generally not worth the paper on which they are written. On the Vjosa, our knowledge about flora and fauna as well as about sediment balance is far too limited to enable a reliable EIA. We need enough time to carry out an urgently required research programme on the Vjosa”, says Prof. Aleko Miho from the University of Tirana.

“The Vjosa is of immense importance to science. Nowhere else is it still possible to investigate how natural dynamics of rivers work and provide us with multiple ecosystem services: productive fishing grounds, fertile soils, biodiversity, clean drinking water, retention of floods, or experiences of nature. The hydropower plant “Poçem” could destroy this uniqueness in a single blow”, so Dr. Martin Pusch from the Leibniz-Institute of Freshwater Ecology and Inland Fisheries in Berlin.