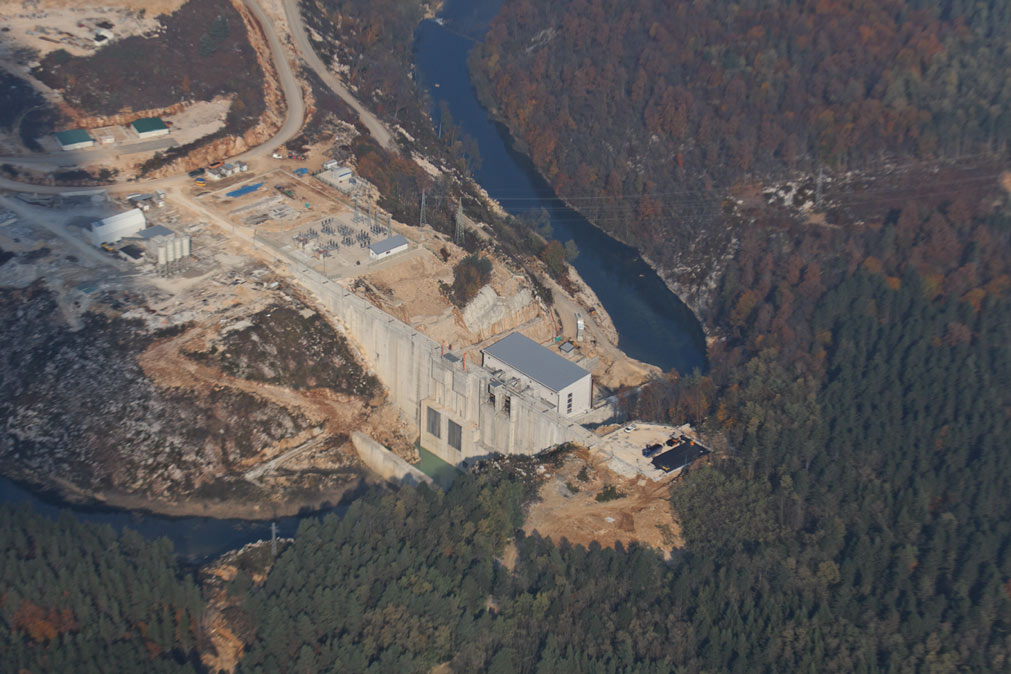 The EBRD is the biggest investor in hydropower in the Balkans. The bank has supported a total of 51 plants with EUR 240 million, 21 of them inside protected areas, of which the vast majority are in Macedonia.

Most notably, the controversial Boskov Most project in Macedonia's Mavrovo National Park has secured an EBRD loan of EUR 65 million, despite the threat it poses to the only remaining habitat of the critically endangered Balkan lynx.

"Our analysis clearly shows that especially for the EBRD, but also the World Bank Group, financing hydropower projects in protected areas is the norm, not an exception. They need to finally start taking their internal safeguard policies seriously", says Pippa Gallop, Bankwatch's Research Co-ordinator and co-author of the study.

”The EBRD Board of Directors will be meeting in London on December 16, and we expect them to discuss how to stop the bank from bending its own policies,” added Klara Sikorova, Bankwatch's Senior Researcher and study co-author.

Of other public banks and funds, Germany's KfW and its subsidiary Deutsche Investitions- und Entwicklungsgesellschaft mbH (DEG) have been most active, with 8 hydropower plants, of which 4 are in protected areas in Macedonia and in Bosnia and Herzegovina.

“It's unacceptable that companies from Austria or other western countries are building hydropower plants in the Balkans that they would not consider in their home countries", says Ulrich Eichelmann of Riverwatch.“The good news is that the majority of the projects we identified are still on the drawing board and we will try to save as many of these beautiful Balkan rivers as possible,” he added.

“Hydropower developments are in clear contradiction to the objectives of protected areas. We expect that at least protected areas are accepted as no-go-areas and no further hydropower plants will be developed there,” says Gabriel Schwaderer, Executive Director of the EuroNatur Foundation.

Find here the study and the accompanying database. The study was commissioned as part of the campaign "Save the Blue Heart of Europe"

Find the info graphics: Pristine Balkan rivers threatened by European "green energy" funding for hydropower Find the photo story: Troubled beauty: How pristine rivers in the Balkans are in danger of being dismembered by hydropower installations.

[1] The study covers Albania, Bosnia and Herzegovina, Bulgaria, Croatia, the Vjosa/Aoos part of Greece, Kosovo, Macedonia, Montenegro, Serbia and Slovenia. It examines hydropower plants which have either been built in the last ten years or are now being planned.

[3] A total of 1355 hydropower plants were identified as being planned now or having entered operation since 2005. Most of the plants are only in the planning stage so most likely do not have financing arranged yet, while others are financed by commercial bank loans which cannot usually be traced.

'Plants' refers to each separate hydropower facility, so one loan or guarantee may cover several plants but still be classed as a single 'project' by a financier.