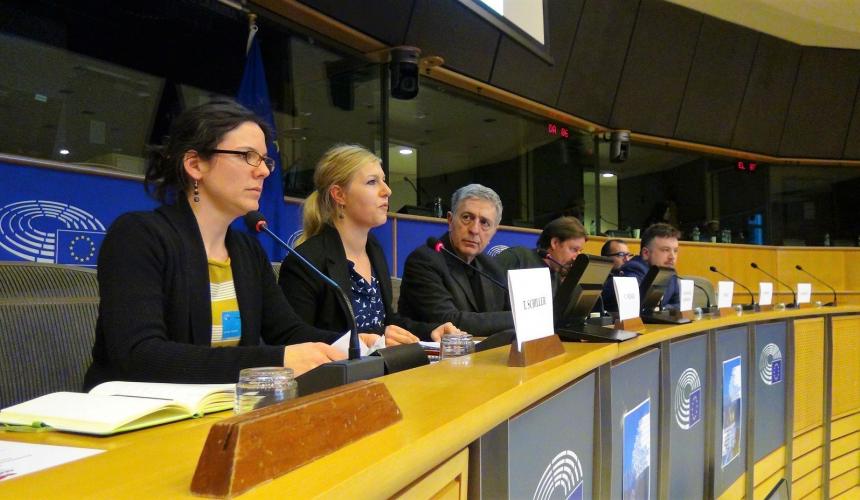 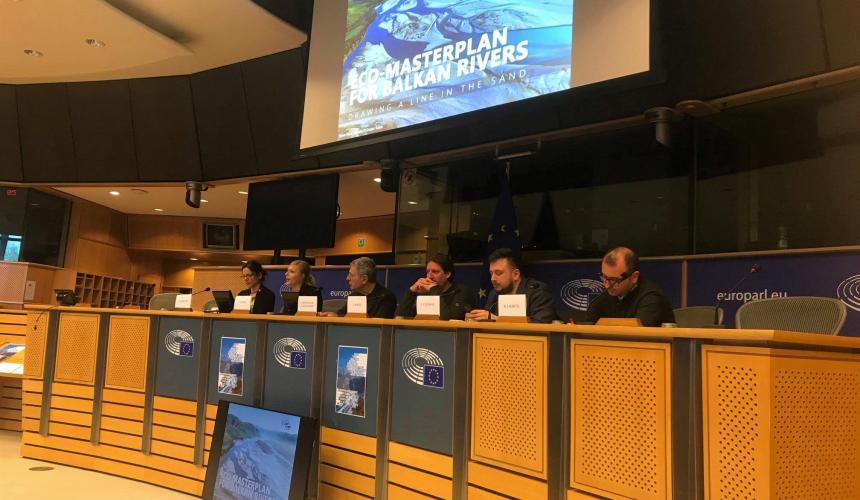 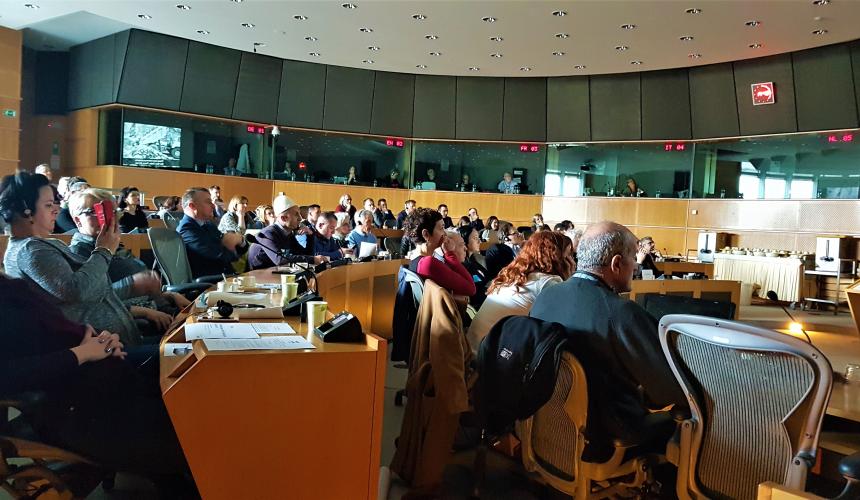 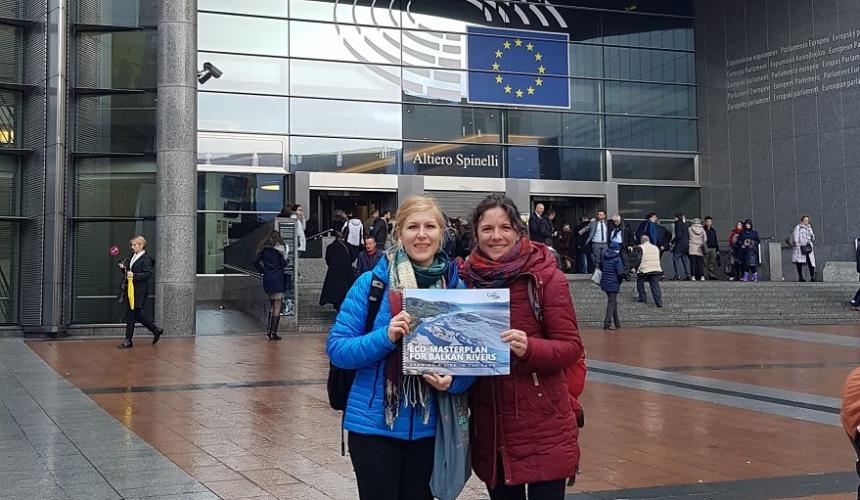 Balkan Rivers in the EU Parliament

On March 7th, the rivers in the Balkans received a lot of attention in the European Parliament at the event “Save the Balkan Rivers: Resisting Hydro Power Plants in the Balkans & Albania”, organised by the Parliamentary Group “European United Left/Nordic Green Left” (GUE/NGL).

People from all over the Balkans, and especially from Albania, raised their concerns about the hydropower expansion and the need to put an end to it. For this purpose, we presented the Eco-Masterplan for Balkan Rivers with No-Go zones for any future hydropower development. We also emphasized that an entire switch in energy policy is needed in the region, away from hydropower towards true green sources of energy, such as solar power.

Our concerns were supported by MEP Knut Fleckenstein, S&D (Rapporteur of the European Parliament Report on Albania) and MEP Eduard Kukan, EPP (Chair of the EU-Serbia SA Parliamentary Committee), who emphasized the importance of rethinking the energy strategy for the region and reducing HP dependencies in order to preserve the precious Balkan rivers also for future generations.

Now it is up to the EU to endorse our Eco-Masterplan and act accordingly.