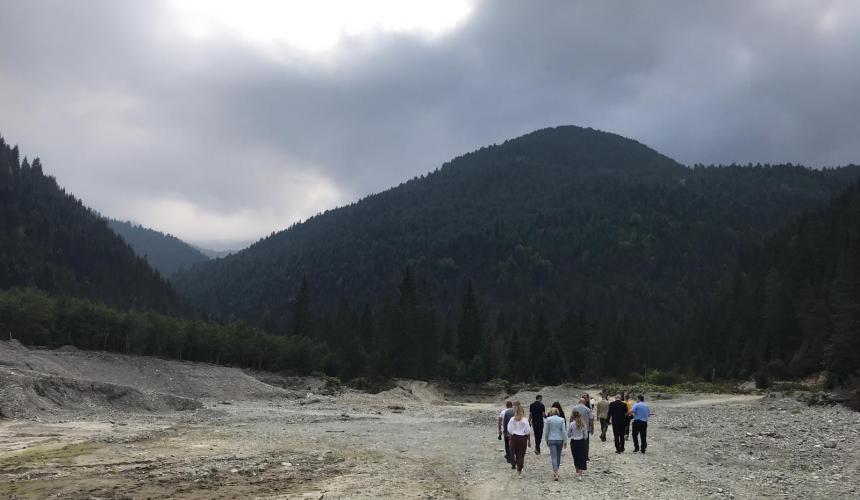 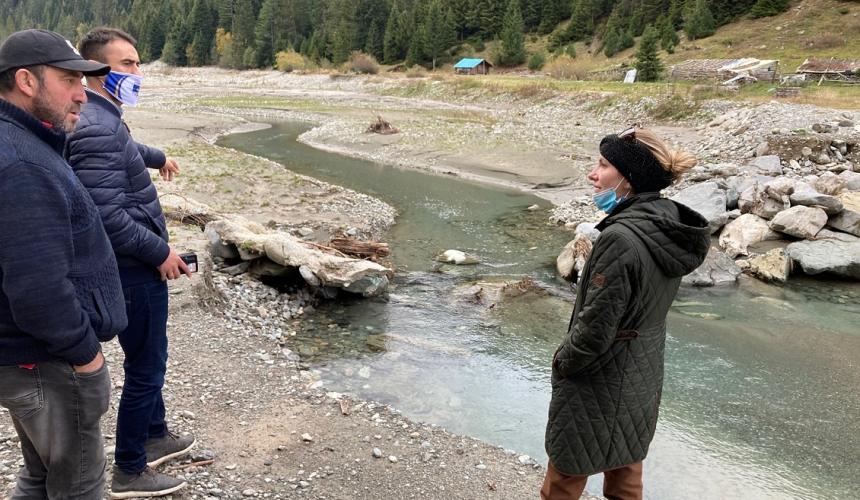 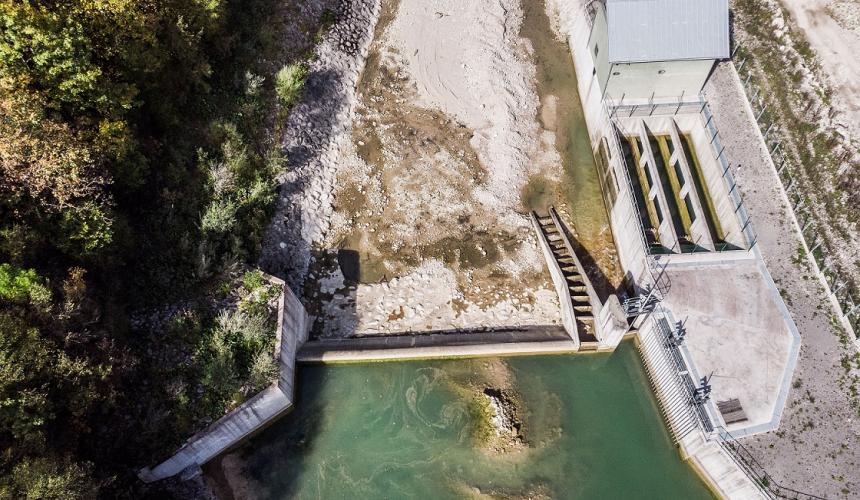 The devastating business of the Kelag in the Balkans

The Austrian Kelag (Kärntner Elektrizitäts Aktiengesellschaft) likes to present itself as a modern company with the highest environmental and social standards. However, reality paints a quite different picture: the Kelag is a problematic company in the Balkans. For years, environmental organizations and local residents have been protesting against its hydropower projects and the behavior of its employees, especially in Kosovo and Bosnia-Herzegovina. In pushing through its hydropower projects, the Kelag pays no attention to either valuable river stretches and endangered species or to local communities. Only recently, the Kelag had to take three existing hydropower plants in Kosovo off the grid because for years it had failed to comply with the official environmental requirements. What’s more, the person who drew attention to these grievances was sued for libel by Kelag.

In Bosnia-Herzegovina, environmental associations have also been protesting against Kelag projects for years, as the company destroyed rivers with occurrences of Huchen - a globally endangered species of fish. This would not be possible in Kelag’s home country Austria. "The co-owner of Kelag is the state of Carinthia and therefore jointly responsible for what the company is doing in the Balkans. As owner representative, Governor Peter Kaiser should take immediate action and put an end to these grievances. The Kelag should be strategically reoriented and abandon any plans for further hydropower projects in the Balkans. The Balkan rivers are too valuable for this destruction. Solar and wind are far better options in the region," demands Ulrich Eichelmann of Riverwatch.

KelKos - the Kelag in Kosovo

In Kosovo, the Kelag operates through its subsidiary KelKos and has been under criticism for years. Between 2014 and 2017, the company built three hydroelectric power plants on the Lumbardhi River near the town of Decan. The area is part of the Bjeshket e Nemuna National Park, which was opened in 2013 – at the same time as the approval procedures for the power plants was going on. The construction of the power plants was approved under environmental conditions, the power plants were connected to the grid, but Kelag never meet the requirements. As a consequence, the Kosovar authorities pulled the rip cord in mid-October 2020 and the three power plants had to be taken off the grid – a unique event in the history of European hydropower. In the meantime, the green light has been given for two of the three plants, even though the requirements – such as the replenishment of the river bed with gravel – were still not met. One hydropower plant, however, is still without a permit and remains disconnected.

"The Kelag makes profit with the destruction of our landscape. The company has sold electricity for many years without meeting environmental requirements," says Shpresa Loshaj of the NGO Pishtarët ("Torch"). For months she had been drawing attention to the abuses in the Kelag projects and had even written letters to the Austrian Foreign Minister Alexander Schallenberg and the Minister of Environment Leonore Gewessler, without ever receiving an answer. A total of 61 organizations from Kosovo joined her critique. Instead of trying to talk to Shpresa Loshaj and her supporters, Kelag pressed libel charges against her.

The example of Bajram Gjoci shows how Kelag deals with local communities. Bajram Gjoci is a farmer who lost valuable grazing grounds for his cattle next to the river in the course of the construction of the power plant "Lumbardhi II". The pastures were dredged up to obtain gravel for the construction of the power plant and the related infrastructure (e.g. roads). Bajram Gjoci was neither informed about the project and its consequences for him, nor did he receive any compensation for his loss. The following example shows how the Kelag representatives interacted with him: the Kelag had massively dredged the river bed near his remaining stables and then built a temporary stone dam to create a small lake. "The Austrians had dug a deep hole in front of our stables and cabins. Once, when it rained a lot, the water flowed into our hut and almost killed us all and our cattle.... For four days, I had to stay in the forest with my family, my children and the cattle. When it finally stopped raining, I tried to remove some stones (note: from the stone dam) to reduce the overflow. The Austrian (note: this is Georg Wöber, director of Kelkos) yelled at me to leave it alone. I didn't listen to him; I said, can't you see you are trying to kill us all? He replied that this was his space, he had bought it and he would call the police. I said, okay, let's go together."

For Fitore Pacolli, member of parliament of the former governing party Vetëvendosje!, this is not an isolated case. "This behavior is inexcusable and is rather reminiscent of colonialists than of modern companies. We are regularly informed about how Kelag is operating in Kosovo. As soon as we succeed in returning to government, we will carefully analyze, in close cooperation with civil society, whether and how Kelkos has violated the laws of Kosovo. If we find evidence of what we believe, we will take legal action against the company". (Find full statement attached)

"Kelag must send independent experts to investigate the damage caused, develop proposals for solutions and then implement them. This includes the gravel extraction area above the Lumbardhi II power plant, but also the problems with the residual water and the fish ladders. After all, this is a national park. And the losses incurred by private individuals or the community must also be compensated," concludes Shpresa Loshaj.

Internenergo - the Kelag in Bosnia-Herzegovina

Kelag operates in BiH through its subsidiary Interenergo. Here, too, environmental organizations and local residents have been protesting against the Austrian company's hydropower projects for years. One example is the Ugar, a priorly pristine river in which the globally endangered and highly protected Huchen used to spawn ever spring. This sanctuary was destroyed by the Kelag, which constructed two hydropower plants there and diverted most of the water into pipes. What remains is a mere trickle, too little water for the big fish. The fish ladders are more of an alibi than an actual ascent aid. "Such a thing would probably be impossible in Austria or other EU countries, but in our country the Kelag managers are actually bragging with these plants," says Jelena Ivanić, from the NGO Center for Environment, based in Banja Luka. A similar tragedy happened at the Sana, which used to be another pristine river with Huchen occurrences, until the Kelag built the Medna hydropower plant in 2018. Years of protests didn’t bring a stop to the project.

“Here, too, we demand that the Kelag improve its existing facilities, leave more residual water in the Ugar, and optimize the fish ladders. Above all, we demand that the Kelag does not build anymore hydropower plants in Bosnia and Herzegovina", says Jelena Ivanić. However, Kelag signed an agreement with the Republika Srpska in Bosnia-Herzegovina at the end of January 2020, in which the construction of further hydropower plants has been promised. Environmental associations, lawyers and local residents will oppose this.