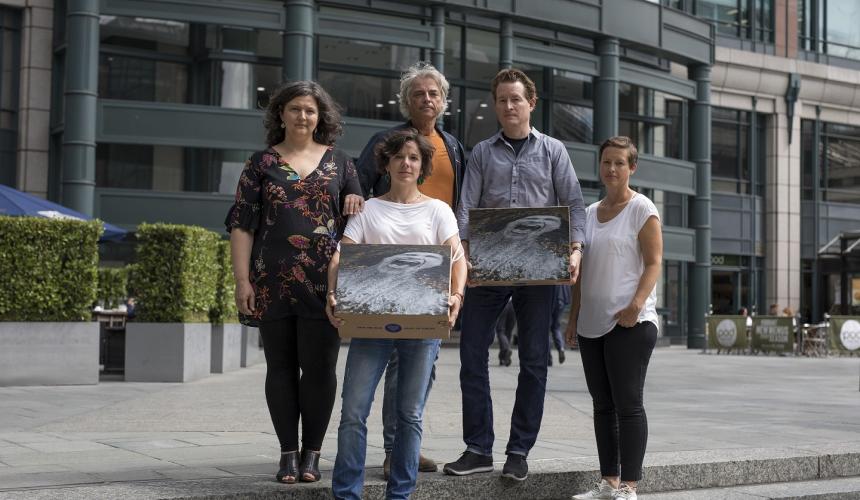 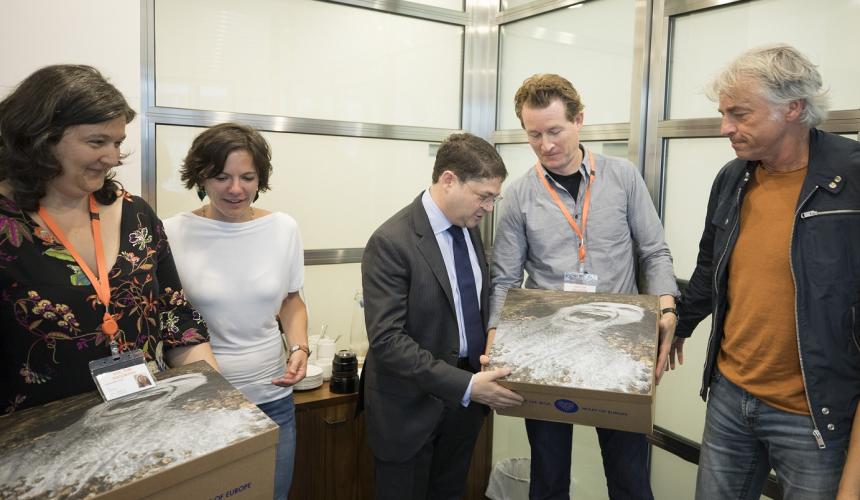 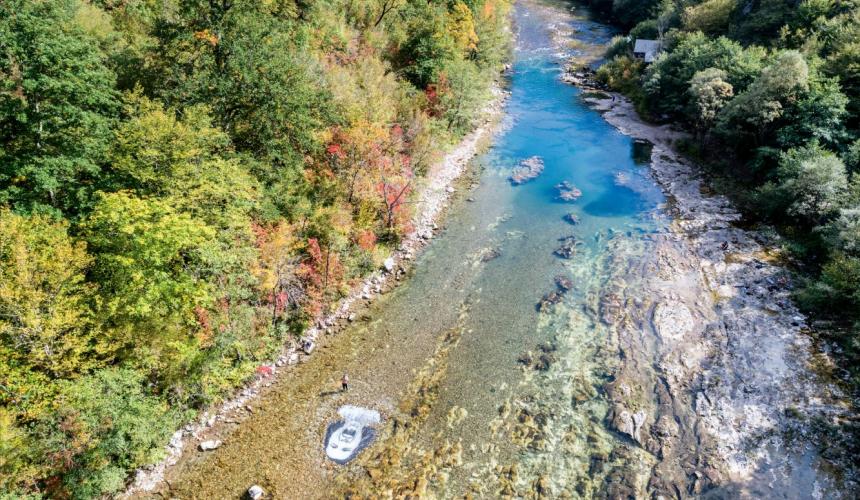 Over 120,000 petition development banks to drop destructive hydropower in the Balkans

London, Prague, Radolfzell, Vienna, June 21, 2018  –  Yesterday, representatives of the Save the Blue Heart of Europe campaign to save Europe’s last remaining wild rivers hand-delivered a petition endorsed globally by more than 120,000 people to high level executives at the London headquarters of the European Bank for Reconstruction and Development (EBRD).

The petition, which was launched in April 2018 as part of a wider global Save the Blue Heart of Europe campaign, calls on the European Bank for Reconstruction and Development (EBRD), European Investment Bank (EIB), and the World Bank’s International Finance Corporation (IFC) to halt their Balkan hydropower investments before the last wild rivers in Europe are irreversibly destroyed. Together, these institutions have funded at least 82 hydropower plants across the Balkans – of which 37 are located in protected areas – with EUR 724 million in total investments.

As economic trendsetters for activities in the region, the development banks have been followed into hydropower investment by commercial lenders, including, among others, Austria’s Erste and Italy’s Unicredit, which have funded at least 158 hydropower plants.

The campaign is calling on banks to immediately stop funding for projects that are located in protected areas and other valuable rivers stretches, apply more stringent green conditions to loans in the sector. It is also urging them to increase funding for energy efficiency and other renewable energy sources, most of all sola – a potential which remains largely untapped in the region.

The Save the Blue Heart of Europe campaign is an initiative of nongovernmental organisations EuroNatur and Riverwatch, together with green groups from southeast Europe, Bankwatch and activist company Patagonia in order to save the pristine rivers of the Balkan from destruction brought by dams and diversions.

Fidanka McGrath, EBRD policy officer for Bankwatch, said: “120,000 signatures represent the largest petition response that the EBRD has ever received on energy issues. The EBRD prides itself on moving markets, so we hope the bank will take the public’s call to heart and drive investments in a more diverse mix of renewables, while also applying strict environmental and social safeguards.”

Theresa Schiller, Coordinator of the Blue Heart Campaign at EuroNatur, said: “International banks such as the EBRD must face up to their responsibilities in times of climate change and overexploitation of natural resources. We call on the EBRD to withdraw from financing hydropower on Balkan rivers in order to preserve this unique European natural heritage.”

Yvon Chouinard, Founder of Patagonia, said: “It’s a waste of money and a moral travesty that some of the world’s largest financial institutions have embraced this outdated and exploitative technology and are financing dams in some of the last wild places in Europe.”

Ulrich Eichelmann, Coordinator of the Blue Heart Campaign and CEO of Riverwatch, said, “It is a shame that the EBRD and other financial institutions are fueling the destruction of the most valuable rivers in Europe, leading to biodiversity loss, social grievances and deterioration of protected areas. They must stop investing in the dam tsunami and rather act as a role model for other investors by funding more actual renewables – such as solar –  instead of hydropower.”