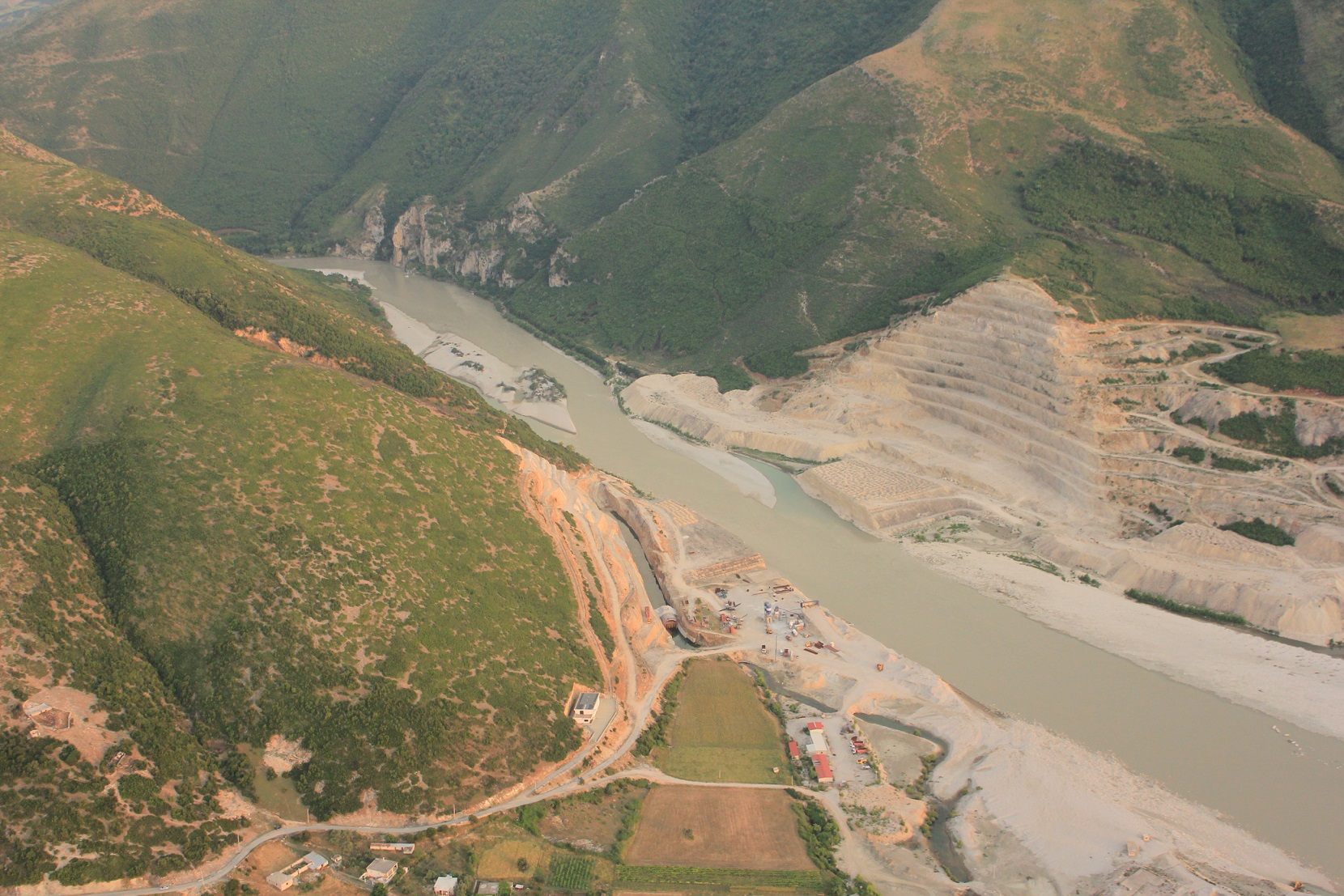 Tirana, Vienna, Radolfzell May 31, 2017. After 20 years of construction postponements, the Albanian government decided to cancel the contract with the Italian Company Kalivaçi Green Energy in regards to the unfinished hydropower project (HPP) Kalivaç on the Vjosa river in Albania. Shortly after, the Ministry of Energy and Industry opened the procedures for re-issuing the concession. The interested companies can apply for the construction of the HPP according to the defined criteria until July 18th, 2017.

“The cancelation of the existing contract – which makes the Vjosa legally free from any HPP plans – offers a real chance to declare the Vjosa to the first Wild River National Park in Europe. Nonetheless, the government has decided to re-open the concession procedure, against the will of local authorities and communities, national and international stakeholders. We will vigorously fight against this project and for a dam-free Vjosa!”, says Olsi Nika from EcoAlbania and coordinator of the Vjosa campaign in Albania.

The Kalivaç project was the first hydropower plant that was issued on the Vjosa river in 1997. The construction of the dam started in 2007, but was halted several times. Initially, the main source of funding was the Italian Becchetti Group and Deutsche Bank, however, the constructions have only been completed to 30 %, leaving the river yet unimpaired.

This is not the only HPP the Albanian government tries to push through despite strong opposition. They have just appealed a decision of the Administrative Court against the construction of the HPP Poçem which was to be built just downstream of Kalivaç. “The court’s decision against Poçem, which was based on a highly deficient Environmental Impact Assessment (EIA) as well as the public consultation process, indicates the flawed rule of operation inside the government. We call upon the Albanian authorities to follow national law and international standards in regards to the Kalivaç concession procedure.” so Ulrich Eichelmann, coordinator of the “Save the Blue Heart of Europe” campaign at Riverwatch.

With regard to the parliamentary election in Albania on 25th June 2017, Gabriel Schwaderer, CEO of the EuroNatur Foundation adds: “It is remarkable that the Albanian government re-opens the Kalivaç case just one month before the national elections. The government’s decision to utilize the Vjosa for hydropower instead of protecting the last wild river in Europe is of utmost consequence in regard to the accession to the EU and should not have been rushed during the election period.”