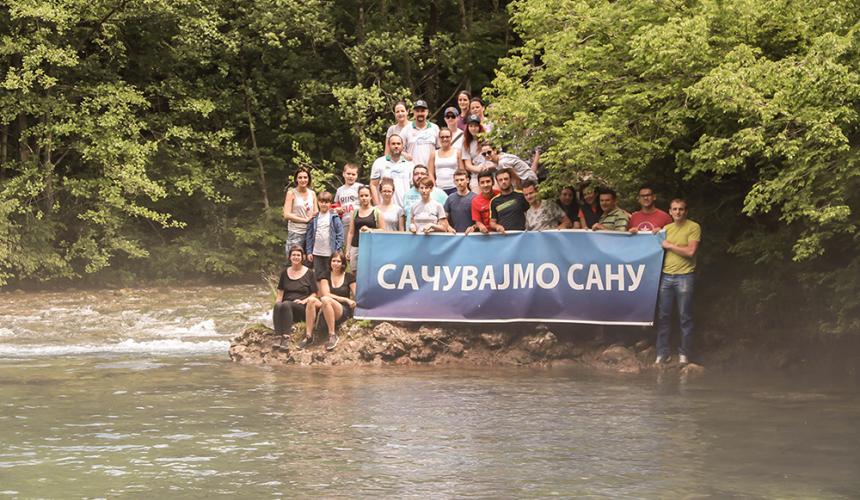 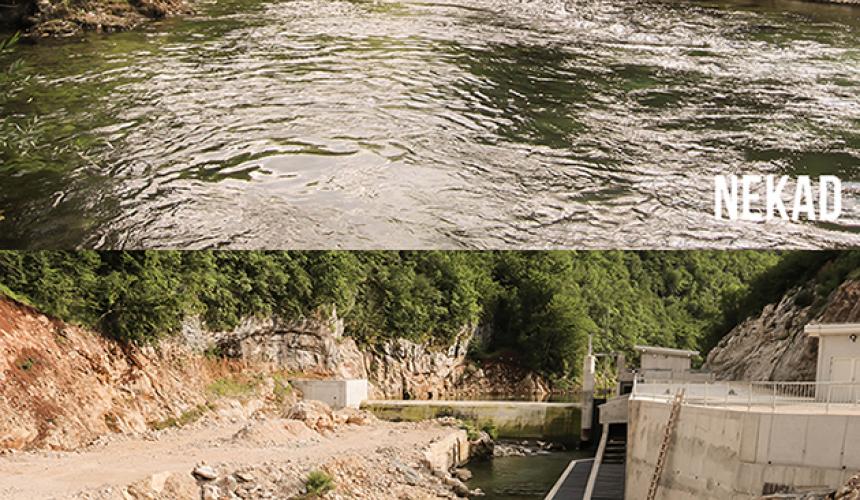 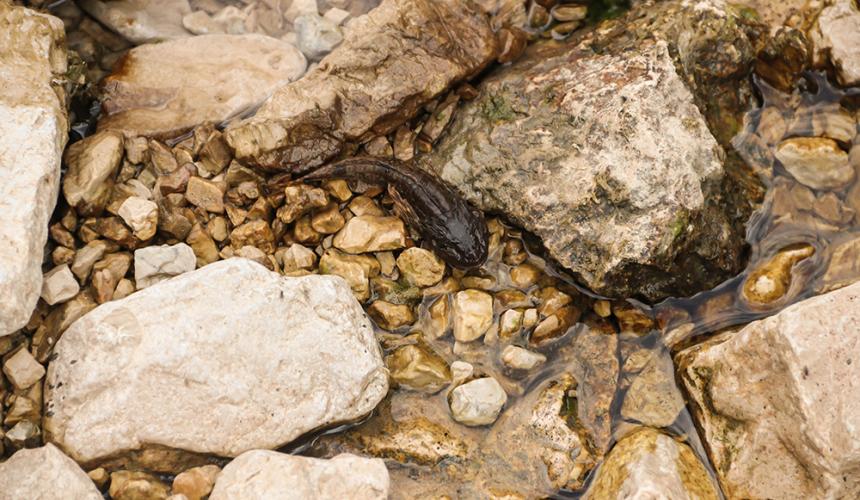 Once again, Blue Heart partner Center for Environment and the entire Coalition for the River Sana gathered at the source of the river and protested against the destruction of the river. The blame goes to the Austrian-German Kelag company, which were responsible for building the horrifically destructive Medna powerplant. The Sana is one of the last remaining rivers that provides habitat for the Huchen - an endangered fish species particularly vulnerable to dams. The Medna construction is an environmental crime against the river Sana.

Read the press release of the Coalition for the River Sana

Prijedor, 4.6.2018. On the occasion of the World Environment Day and Sana River Day on June 5th, on which we carried out a protest walk to the springs of the river Sana, the Coalition for the River Sana is sending a message to the relevant institutions that the springs - as the heart of the Sana River - should be protected and proclaimed as a Monument of Nature. This must be done despite the shamefully built hydroelectric power plant "Medna" (HPP Medna), which will be remembered as one of the biggest failures and crimes against nature and people.

The Coalition for the River Sana also visited HPP Medna, where we witnessed drastically low water levels in the river, as well as several dead fish (European bullhead, Cottus gobio) on the banks. The low water levels do not provide enough water for the survival of the living world in the river, even in the period of the year when higher water levels are expected.

On this occasion of the World Environmental Day, a visit to the spring of this beautiful river was organized for the ninth year in a row. Numerous hikers joined the activists from the Coalition for the protection of rivers in Bosnia and Herzegovina at this year's visit and supported the establishing of the Sana River spring as a nature monument. They all agreed that plans for the construction of 300 hydro power plants and the handing out of concession to our most important natural resources is theft of the people of Bosnia and Herzegovina.