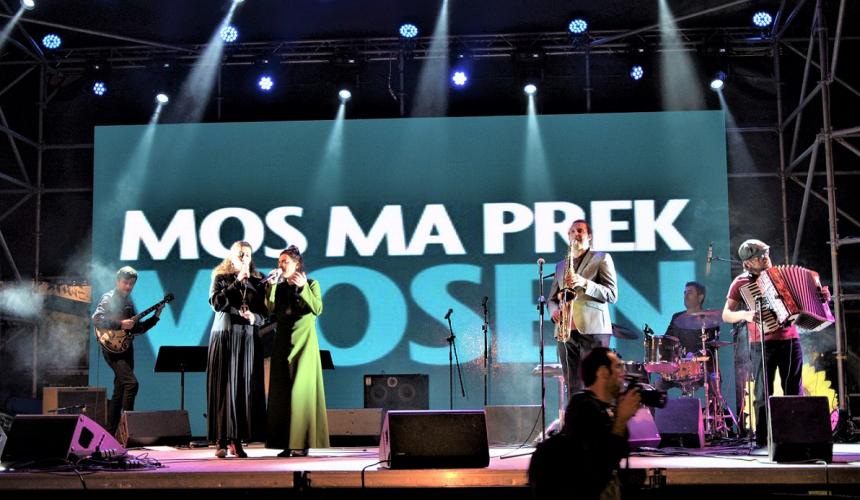 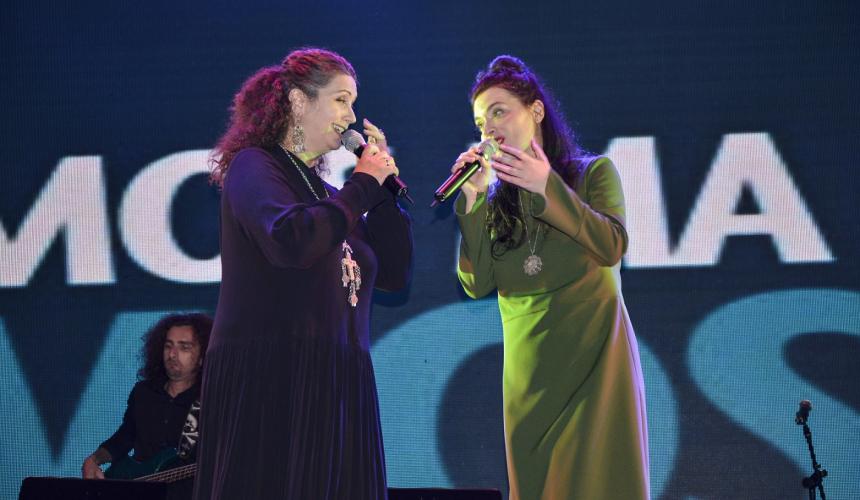 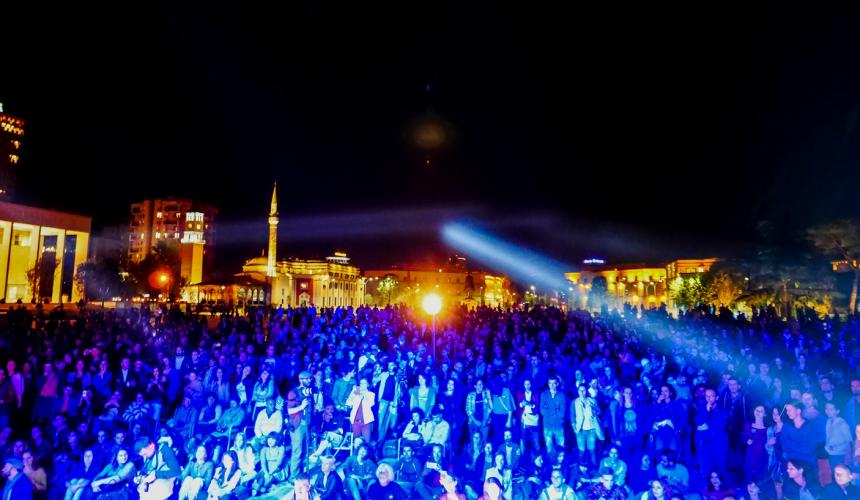 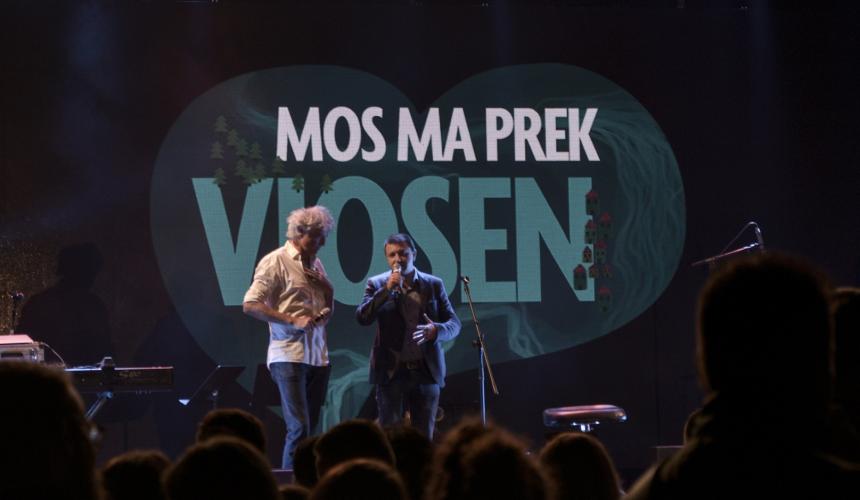 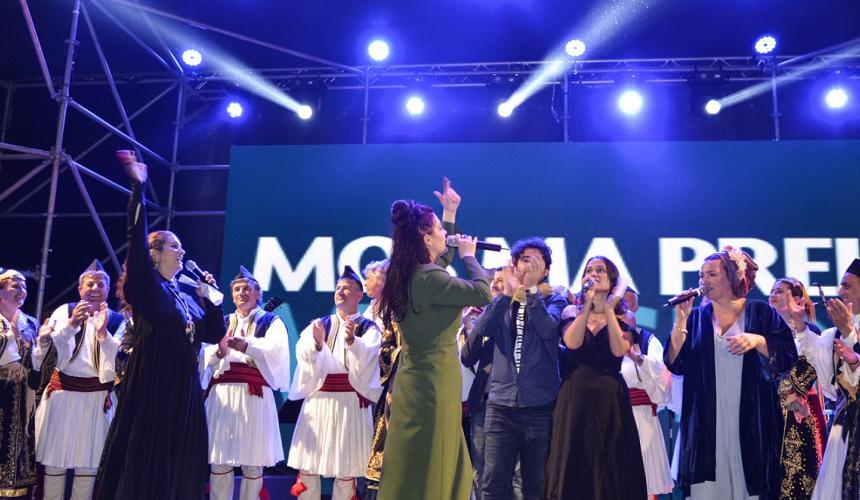 Tirana, October 19, 2017. Under the slogan “Mos ma prek Vjosën! (Hands off Vjosa!)”, a special kind of concert took place at the main square in Tirana last night. In front of over 4000 people, prominent Albanian musicians sang for the protection of the Vjosa river and against the planned dam projects.

The Vjosa in the South of Albania is the last big wild river of Europe, outside Russia. However, this European jewel is at risk, as the Albanian government plans the construction of several hydropower plants. As an alternative to hydropower, environmentalists and local communities demand the establishment of Europe’s first “Wild River National Park” as well as the development of solar power instead of hydropower within the country.

With the concert in Tirana, artists stand up for the protection of the Vjosa. It was initiated by Eda Zari, cultural ambassador of Albania and prominent singer living in Düsseldorf, as well as Elina Duni, another famous jazz singer residing in Zurich.

„The Vjosa is not only a life line for our country, she also has an emotional value for Albanians: the Vjosa is considered a cultural heritage. Many Albanian girls are called Vjosa; the name stands for beauty and sensitivity. With this concert we raise our voices against the destruction of this ecological and cultural jewel.” says Eda Zari.

„If we destroy the Vjosa, the last blue wonder of Europe is lost! Solidarity must be shown by everyone who still feels connected to their motherland, and who thinks that future generations have a right to unimpaired nature. This concert is only the beginning – we will continue our fight for the protection of the Vjosa river.” so Elina Duni

“We are very happy that artists are supporting us. More and more people and groups stand up for the protection of the Vjosa. We will do everything in our power to realize a national park and prevent a “dam(n)ed future” for this river” says Ulrich Eichemann, coordinator of the campaign “Save the Blue Heart of Europe” at Riverwatch.