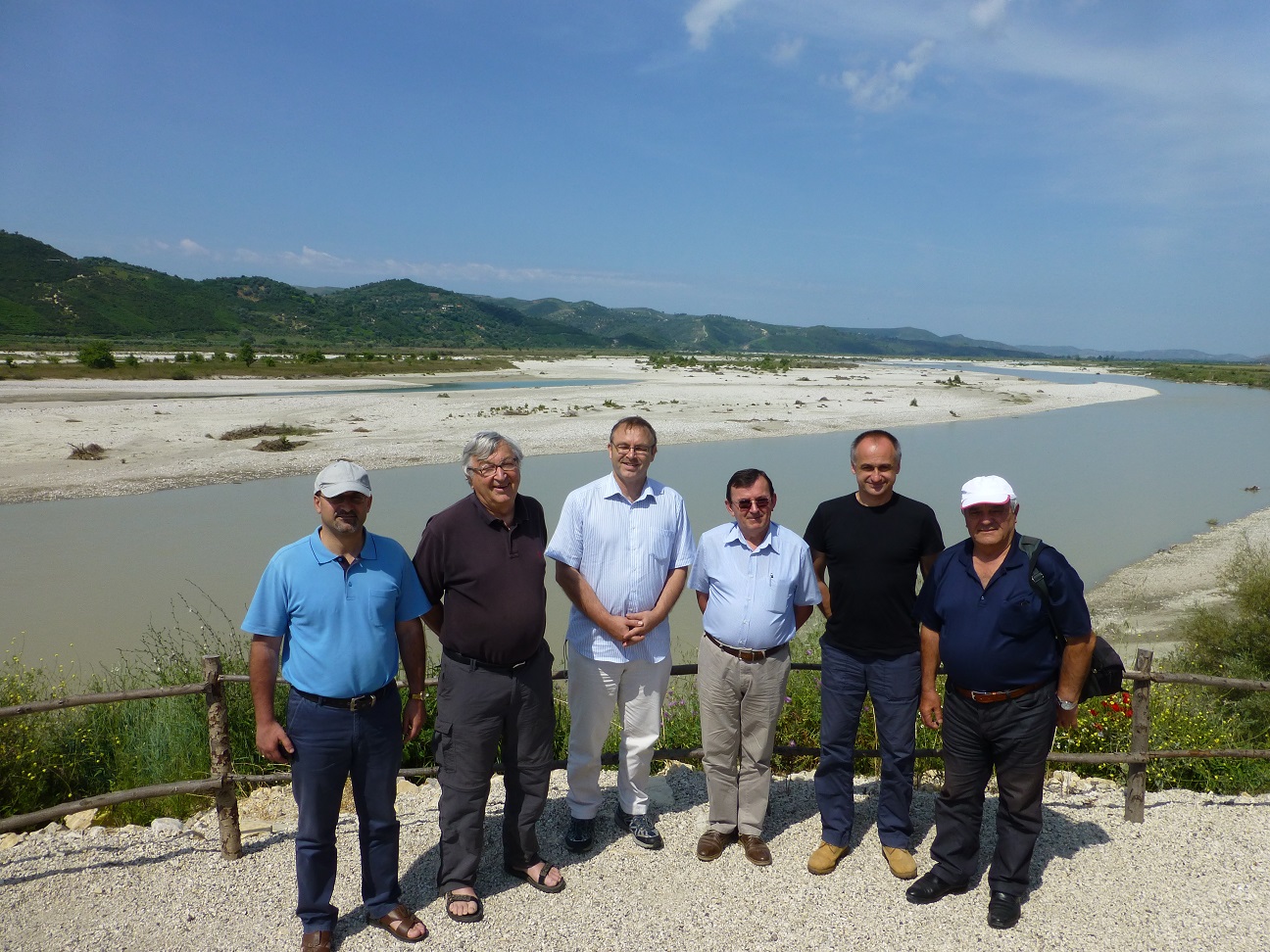 Tirana, June 9 2016. Between June 8 and 10, international experts from the University of Vienna, the Austrian Federal Environmental Agency, the Leibniz-Institute of Freshwater Ecology and Inland Fisheries (Germany) met with scientists of the University of Tirana in Albania to discuss the future of the Vjosa river. They adopted a joint position paper, which was handed over to the Albanian Ministry of the Environment.

The Vjosa is the last wild river in Europe outside Russia. On a course of 270 kilometers she flows almost free from any technical barriers – her riverbed is up to 2 kilometers in width. According to the scientists, her river system is widely unexplored. The Albanian government has recently decided to have a large hydropower plant constructed on this wild river. The project “Poçem” will feature a 25 meter tall dam wall which will flood one of the ecologically most valuable and entirely unexplored river stretches.

The scientists from Albania together with their colleagues from Austria and Germany are now taking action against these plans. In a joint memorandum, they put forward the following demands to the Albanian government:

The Albanian scientists particularly criticised the quality of the Environmental Impact Assessment (EIA) as prescribed by the government in regards to the planning of hydro power plants. “The environmental assessments in Albania are usually not worth the paper they are written on. Our knowledge about flora and fauna as well as about the sediment situation in the Vjosa is too limited to conduct a reliable EIA. We lack the data and research,” so Prof. Aleko Miho from the University of Tirana.

“The Vjosa is the last remaining big wild river system in Europe outside the Arctic. From a pan-European standpoint, the river must be preserved at any cost. We need to work together in order to prevent the same mistakes we have made on rivers in Germany, Austria, etc. in the past to be made again”, so Dr. Martin Pusch from the Leibniz-Institute of Freshwater Ecology and Inland Fisheries in Berlin.

For this reason, the scientists from Albania, Austria and Germany demand a 3-year moratorium on any construction activities on the Vjosa in order to carry out an extensive research program in this time period. “On the Vjosa we have the unique opportunity to explore ecological correlations of widely unimpaired river systems. The river serves as a natural laboratory which could provide us with urgently needed insights for renaturation of other European watercourses”, says Prof. Friedrich Schiemer from the University of Vienna.