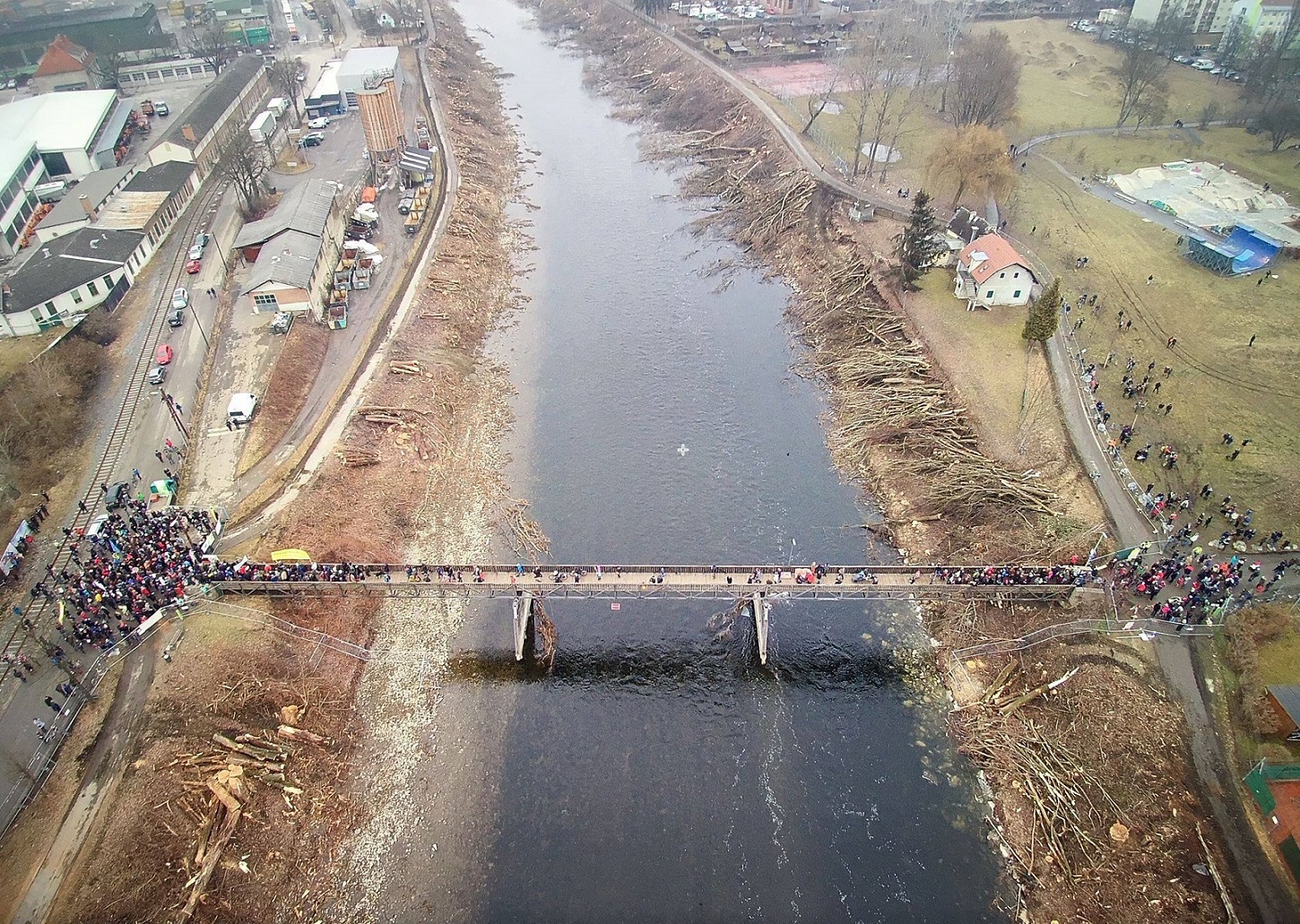 ++ Tree massacre at the Mur River in Graz, Austria ++

February 14, 2017. If you want to see for yourself what „green and clean“ hydropower actually looks like, you currently have the chance to do so at the river Mur in Graz. In preparation for a highly contested hydropower project in Graz, about 700 trees – amongst them old willows, poplars and elm trees – have been clear-cut  at the banks of the Mur under police protection and against heavy protests of thousands of people last week. Another 700 trees are to follow.

“It looks like after a bombing. The banks have been cleared without any respect for nature”, says Ulrich Eichelmann from Riverwatch in regards to the disastrous tree clearances along the banks of the Mur in Graz. “One can get an idea of the actual consequences of so-called green. What is happening here is an environmental crime in the middle of Austria.”

The effects of the projected hydropower plant would be even worse under water. Animal species such as the huchen, the grayling, the dice snake as well as many insect species (caddy and stone fly species) depend on free-flowing, dynamic rivers, rich in oxygen and gravel banks. In a silty reservoir, these species would not survive. Extinction for hydropower.

There are about 5,000 hydropower plants in Austria, but intact – or at least somewhat intact – rivers and creeks are hardly any left. Now, even the last remaining free-flowing river stretches are at risk. Hydropower is not green, not clean and least of all is it good for the climate.

„For Austria’s energy sector it makes no difference whether we have 5,000 or 5,001 hydropower plants. For the Mur and for Graz, this hydropower project would be devastating. We do not produce too little energy, we consume too much”, so Ulrich Eichelmann. “Therefore: come to Graz and join the resistance against this madness.”